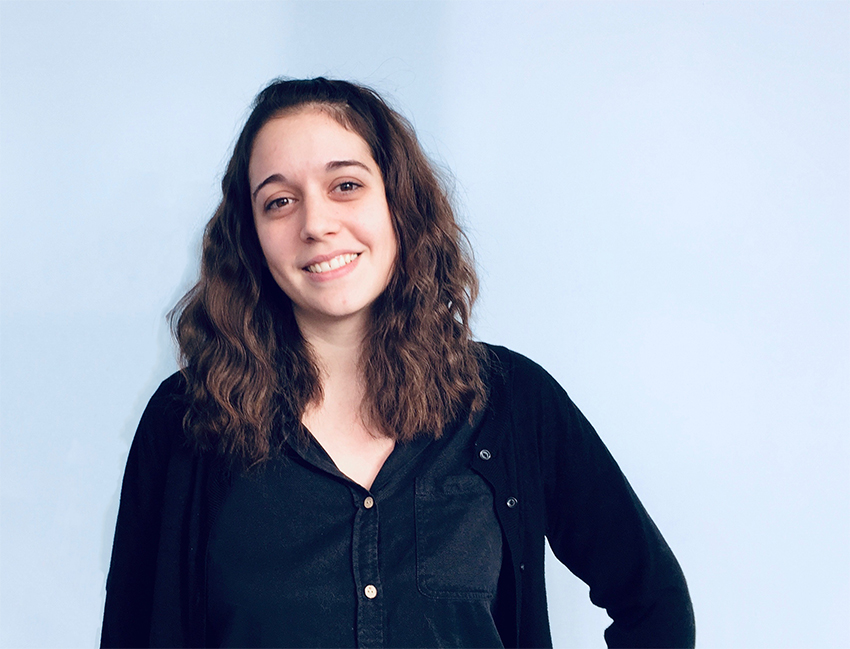 Juline Poirson won the Best Fellowship to study the breakdown of cancer proteins in cells.

The Donnelly Centre is thrilled to announce that Juline Poirson is our latest Best Fellow.

“I am really thankful for the fellowship,” says Poirson. “It’s a great support for me to encourage me to continue to do what I love the most, which is science.”

Before joining Taipale’s lab, Poirson completed her doctoral studies at the University of Strasbourg in France with Drs. Murielle Masson and Gilles Travé. There she studied how human papilloma virus, which causes cervical cancer, overcomes the host cell’s defense mechanism. The virus does this by co-opting the cell’s waste disposal system, also known as the ubiquitin proteasome system, which remains the focus of Poirson’s current research.

“Juline did her PhD on high-throughput protein/protein interactions in the ubiquitin/proteasome field so she has the perfect background for the project,” says Taipale, who is also Assistant Professor in U of T’s Department of Molecular Genetics. “She’s also a great lab member and we are very lucky to have her expertise at hand. I’m convinced she will make major contributions to our understanding of the ubiquitin-proteasome system in cancer and other diseases.”

"The award will encourage me to continue to do what I love the most, which is science" - Juline Poirson, 2019 Best Fellow.

Proteins that are no longer needed are targeted for destruction by the ubiquitin-proteasome system, or UPS. More than 600 enzymes known as ubiquitin ligases are involved in this process where each enzyme targets for degradation only a subset of proteins by sticking a ubiquitin protein label on them. But what proteins are targeted by which enzymes remains largely unknown.

Because the UPS is crucial for the normal functioning of the cell, linking the ubiquitin ligases to their protein targets holds potential for drug discovery. Perturbing these specific molecular interactions could yield more precise drugs with fewer side effects.

Poirson’s goal is to identify proteins which are known to drive cancer and whose levels are controlled by the UPS. Since starting her postdoc, she has already found about 20 cancer proteins whose levels go up after the UPS has been blocked, suggesting that they are targeted for degradation. This already is a major finding as many of these proteins have not been previously linked to the UPS.

Using the CRISPR genome editing technology she is now working to identify enzymes responsible which will shed light on new molecular pathways in cancer and potential drug targets.

We thank The Charles H. Best Foundation for their continued support for this award. The Fellowship was established in the honor of Charles H. Best, who had only just graduated from university when he co-discovered insulin with Frederick Banting in 1921 in Toronto.