My research team studies the mechanisms by which genes are regulated and coordinated to provide critical functions in mammalian cells. Our work primarily focuses on a step in gene expression referred to as RNA splicing. This step is required for the expression of essentially all human genes. Moreover, alternative splicing decisions allow cells to greatly expand the repertoire of structurally and functionally distinct RNA transcripts and proteins from a limited number of genes. Work from our laboratory and others has shown that this diversification process establishes complex regulatory networks required for animal development. We are using a broad range of approaches, from focused biochemical studies to high-throughput sequencing, functional genomics, and bioinformatic analyses, to understand the function and regulation of networks of protein variants generated by alternative splicing. Our research is also directed at elucidating how altered splicing patterns cause and contribute to human disorders and diseases, including autism and cancers. This work has opened up exciting new therapeutic strategies, which we are currently also pursuing. 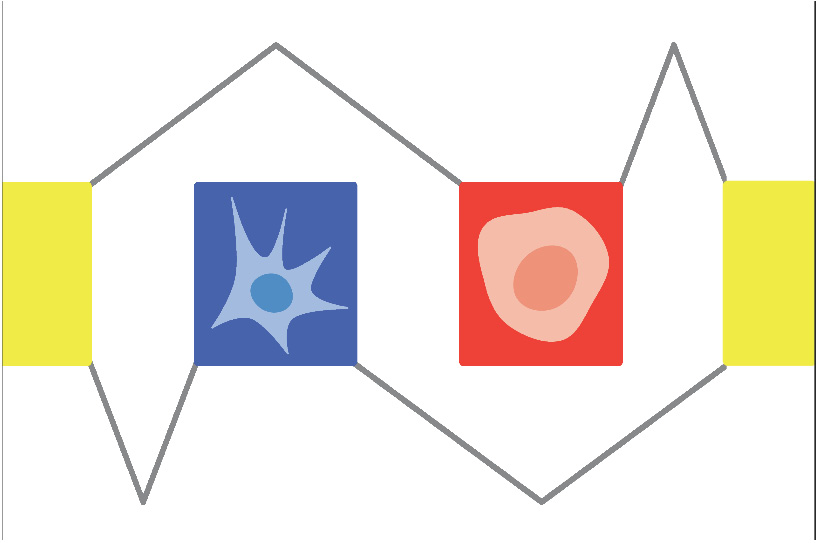 Our current research is determining how alternative splicing networks are integrated with orthogonal gene regulatory layers – including chromatin/epigenetic modification, transcription, mRNA 3´end processing, turnover, and translation – to control fundamental normal and disease-associated biology. To this end, we have developed powerful new technologies for systematically detecting and quantifying splice variants, identifying trans-acting factors that control endogenous RNA regulatory events, and performing unbiased, global-scale mapping of RNA-RNA interactions in cells. These systems have revealed new landscapes of splicing regulation, unexpected protein- and RNA-based regulators, and are providing the basis for novel insight into mechanisms underlying the control and integration of gene regulatory layers. We will harness these and complementary strategies to characterize RNA regulatory networks associated with cell fate and human disease. For example, we will employ our technologies, and new mouse models, to identify modalities that rescue mis-regulation of a splicing program associated with autism spectrum disorder. Our highly integrative, multidisciplinary and collaborative research program will thus continue to elucidate fundamental mechanisms underlying gene regulation, and we will use this information to develop new therapeutic strategies.

Expanding on our pioneering work elucidating fundamental features of the splicing code (Barash et al. Nature, 2010; Barbosa-Morais et al. Science 2012; Braunschweig et al. Genome Res. 2014), we are striving to decipher a more complete code that accounts for all classes of alternative splicing. In collaboration with Quaid Morris, a current focus is the splicing code determining the recognition and regulation of 3-27 nucleotide-long neural microexons that control in nervous system development, cognitive functioning, and that are misregulated in autism spectrum disorder (Irimia et al. Cell, 2014; Gonatopoulos-Pourtnazis et al. Mol Cell, 2018 2020; Gonatopoulos-Pourtnazis et al. Mol Cell, 2020) . Understanding a more complete RNA code is a key step in determining how genes are regulated and how mutations and other forms of genetic variation cause or contribute to human disease.

In collaboration with Jason Moffat and Jeffrey Wrana, we have developed a new functional genomics screens that enable the comprehensive identification of trans-acting factors that control RNA regulatory events of interest (Han et al. Mol Cell, 2017; Gonatopoulos-Pourtnazis et al. Mol Cell, 2018). These systems are being applied to the discovery of new regulators of alternative splicing events that we have shown previously to play pivotal roles in the control embryonic stem cell pluripotency and nervous system development (Gabut et al. Cell, 2011; Han et al. Nature, 2013). Information from this screen is thus providing a more complete picture of the regulatory networks that determine cell fate decisions and control neurogenesis.

We have recently used our transcriptome-wide profiling technology to discover a program of highly conserved and neuronal-specific, 3-27 nucleotide-long ‘microexons’ (Irimia et al. Cell, 2014). A remarkable feature of these tiny exons is that they are often misregulated in the brains of people with autism spectrum disorder. We have linked this altered regulation to the loss of expression of a neuronal-specific splicing regulator (nSR100/SRRM4) that was previously discovered in our lab (Calarco et al. Cell, 2009). In collaboration with Sabine Cordes, our current research is directed at using new mouse models for SRRM4 and microexon deficiency, to investigate the roles of the SRRM4 regulatory network  in  nervous system development and disorders (Quesnel-Vallieres et al. Genes Dev. 2015;  Quesnel-Vallieres et al. Mol Cell, 2016; (Gonatopoulos-Pourtnazis et al. Mol Cell, 2020). Importantly, these studies are beginning to shed light on possible new therapeutic strategies for autism that may be applicable to a substantial fraction of individuals with this disorder.

The functions of the vast majority of alternative splicing events are unknown. Moreover, although more than half of the human genome is transcribed into RNA, the functions of the myriad of transcripts sequences that lack apparent protein-coding capacity are also unknown. Addressing these challenges necessitates the development of powerful new functional genomic methods. In collaboration with Jason Moffat and colleagues, we have recently developed a new CRISPR-based method ‘Cas Hybrid for Multiplexed Editing and Screening Applications’ (CHyMErA) for the efficient deletion of sizeable genomic fragments in a screen format (Gonatopoulos-Pourtnazis et al. Nature Biotech, 2020). We are currently applying this technology to assay the functions alternative exons and introns of interest on a large scale.

We have also developed a method that allows the systematic mapping of RNA-RNA interactions in vivo, referred to as ‘LIGR-Seq’. This method detects RNA-RNA duplexes cross-linked in vivo, through the ligation of proximal free ends, followed by sequencing of the resulting chimeric junctions (Sharma et al. Mol Cell 2016). Using LIGR-Seq, we have detected thousands of novel RNA-RNA interactions that yield valuable testable hypotheses as to the possible functions of previously uncharacterized long and short non-coding RNAs. In future work we will combine LIGR-Seq and CHyMErA to uncover regulatory landscapes controlled by RNA-RNA interactions during cell fate determination and in the context of human diseases.